Branco Cartoon – We Have Met The Enemy

Branco Cartoon – We Have Met The Enemy

Posted by Jim Allen III The Curmudgeon That Cares Rants at 3:21 PM No comments:

Isn't this grounds for impeachment or something? Anything to get this lunatic out of office?

Isn't this grounds for impeachment or something?  Anything to get this lunatic out of office? 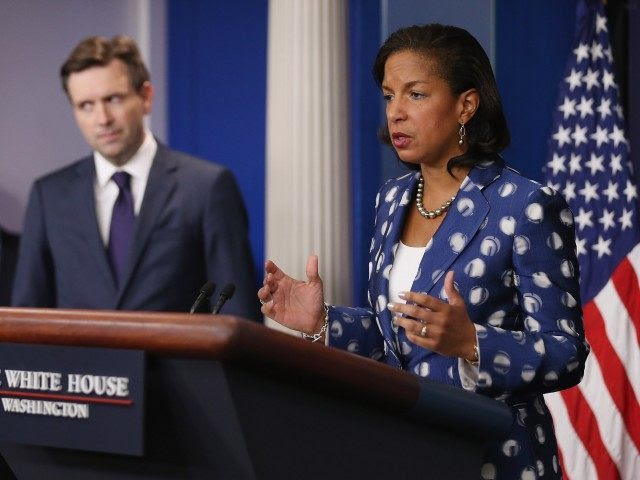 78%
, who had learned of the deals after meeting July 17 with IAEA in Vienna.


In a press release, Cotton and Pomepeo said they had been told that the deals “will remain secret and will not be shared with other nations, with Congress, or with the public.” That, they said, violated the Obama administration’s commitment to provide the full text of the Iran deal to Congress for consideration under the Corker Bill (The Iran Nuclear Review Agreement Act).
Pompeo said:

This agreement is the worst of backroom deals. In addition to allowing Iran to keep its nuclear program, missile program, American hostages, and terrorist network, the Obama administration has failed to make public separate side deals that have been struck for the ‘inspection’ of one of the most important nuclear sites—the Parchin military complex. Not only does this violate the Iran Nuclear Agreement Review Act, it is asking Congress to agree to a deal that it cannot review.
The failure to disclose the content of these side agreements begs the question, ‘What is the Obama administration hiding?’ Even members of Congress who are sympathetic to this deal cannot and must not accept a deal we aren’t even aware of. I urge my colleagues on both sides of the aisle to stand up and demand to see the complete deal.

In failing to secure the disclosure of these secret side deals, the Obama administration is asking Congress and the American people to trust, but not verify. What we cannot do is trust the terror-sponsoring, anti-American, outlaw regime that governs Iran and that has been deceiving the world on its nuclear weapons work for years. Congress’s evaluation of this deal must be based on hard facts and full information. That we are only now discovering that parts of this dangerous agreement are being kept secret begs the question of what other elements may also be secret and entirely free from public scrutiny.

Read Rest of Story:   http://www.breitbart.com/big-government/2015/07/22/susan-rice-admits-secret-side-deals-with-iran/
Posted by Jim Allen III The Curmudgeon That Cares Rants at 7:45 PM No comments:

The Framers of our Constitution knew that this type of Incest would be prevalent.

The Framers of our Constitution knew that this type of Incest would be prevalent.   That's why they gave us rules and ways to stop just such collusions.

Rest of Story here: http://www.breitbart.com/big-journalism/2013/06/13/washington-post-family-relations-between-media-obama-officials-does-not-affect-coverage/
Posted by Jim Allen III The Curmudgeon That Cares Rants at 3:54 PM No comments:

I have a question! In the following speech ori...

Who was he speaking of and to, when he said;"I Have a Dream, We Shall Overcome and let Freedom Ring."What group of people was he speaking to in this speech specifically related to from your perspective?
Posted by Jim Allen III The Curmudgeon That Cares Rants at 2:11 PM No comments:

Now this traitor wakes up!  Has he not heard this guy or watched his speeches on the news during these talks?  His story has been off all along!

And of course you know the 0bama Whitehouse is ecstatic especially Valerie Jarrett.  Any awake individual knew this was a bad deal and we gave up the farm.  Exactly what the Muslim Brotherhood wanted.

Then 0bama circumvents congress and goes to the UN Security Counsel where they voted for it unanimously!  0bama has all but came out and openly surrendered!  #Time2WakeUpAmerica

Kerry says Iran vow to defy U.S. is “very disturbing”
Posted by Jim Allen III The Curmudgeon That Cares Rants at 11:52 AM No comments:

Jim Allen III The Curmudgeon That Cares Rants
Married 35 Years and Counting, 3 children all boys, grown into fine young men, Grandfather to three girls and two grandsons one of whom just a few weeks old, I am truly blessed. That's the quick intro, if you need a longer version, then we should talk.

Past Rants and Rambles