Doug Ross @ Journal: HATE MACHINE: How Liberals Became the Very Fascist...: By Razor Before the election, we were told that Trump was a Nazi and his jackbooted thugs would take over and put people into camps and tre... 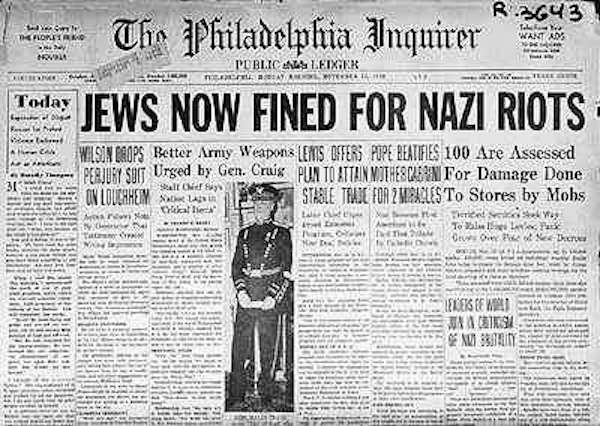 This has led to at least one “fight club” on a college campus dedicated to teach socialists how to beat up Republicans and “Bash the Fash” (fascism, get it?). The “fascists” attendees learn to bash: Republicans, along with “other Nazis.” Of course, this is billed as self-defense, stoked by fake hoax reports, against all the imagined violence some on the right may commit. In sum, a group is openly debating about victimizing another group just because of their identity, and training to physically harm this group, all because the target is an imagined threat and might do something. Science!
And while polite Tea Party protesters were called violent racists, today’s glass-smashers and jaw-crushers are glamorized by gauzy appellations like “The Resistance.” You see, they’re not violent radicals destroying crap, they’re noble Victor Laszlo opposing today’s tyrannical totalitarian.

Historically, being a Nazi was a very specific thing with a very narrow ideology. It used to involve squelching dissent, breaking glass, and violence. And we can all agree that people who engage in such behaviors (cough) are bad. Very, very bad.
But today, when not shattering storefronts, the liberal left has diluted the idea of Nazism to include all their foes, cheapening history’s mass murder of millions of innocent people into something that includes the half of America it can’t stand. With that, enabled modern leftists can give themselves smug permission to justify punching anyone they don’t like or disagree with, and even openly holding “no GOP allowed” workshops to develop those violent skills.
And you know who else took millions of people, “othered” them as beneath contempt, and then justified violence against them.
Leftists have become the very thing they say they hate.
http://directorblue.blogspot.com/2017/02/hate-machine-how-liberals-became-very.html
Posted by Jim Allen III The Curmudgeon That Cares Rants at 10:51 AM No comments:

Jim Allen III The Curmudgeon That Cares Rants
Married 35 Years and Counting, 3 children all boys, grown into fine young men, Grandfather to three girls and two grandsons one of whom just a few weeks old, I am truly blessed. That's the quick intro, if you need a longer version, then we should talk.

Past Rants and Rambles